World-class artists, playing just for you.

Enjoy personalized, exclusive virtual music concerts that put you in the room with the artists.

Are you looking for a musical experience that brings you the fun, energy and connection of an intimate, in-person show ?

When we were faced with the prospect of losing our ability to join together with our audiences in live, in-person events, we did the next best thing.

We started bringing the feeling of being in the same room, experiencing the same unscripted, live performances - virtually, into your home.

Our first set is always open to the public, just like a venue playing live music with no cover in any city.

Our second set is our ticketed, VIP show, where you’ll be a part of what we artists do when the camera’s not on and the general audience goes home.

Tickets to the second VIP set are always limited to a small number of viewers to keep the experience intensely personal and connected for every viewer, so the artists and you can share the musical moments uninterrupted.

Get Invitations to  NEW SHOWS 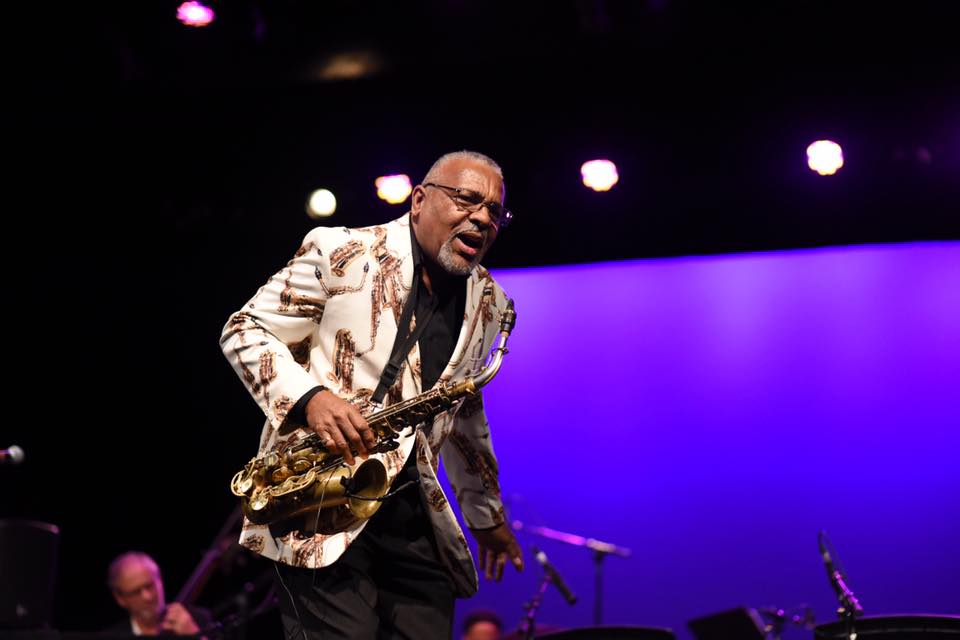 Jesse Jones Jr. is one of those hidden treasures that you can't help but to share with the world. With an infectious positive attitude and dynamic stage presence combined with a jazz vocabulary nearly unmatched in both classic and modern circles, he's a timeless force to be reckoned with.

Jesse Jones Jr. attended Mississippi Valley State University where he excelled in music, but his journey actually started in Miami where as a young kid he would listen to a neighbor practice his sax while playing along with Cannonball Adderly albums. "I loved that sound and knew right then I was going to be a musician for the rest of my life." After college Jones joined the military and became a member of the US Navy Show Band. He traveled throughout North and South America where he was given the opportunity to develop his showmanship skills. Besides playing the sax, clarinet and flute, Jesse sang, tap dance and did comedy skits, and found that he had a natural gift for getting the crowd to become part of him. "I just love to perform and make people feel good and satisfied with what they are hearing and seeing."

Jesse now performs internationally, with frequent trips to Asia and Europe, and has recently released his newest project "Cabbage Alley", a soulful throwback to New Orleans blues and funk. One listen is all it takes to fall in love with this incredible performer.

Why Being a VIP is So Awesome

Our guest artists and VIPs can really get to know each other and share experiences only they will know about.

VIP viewers get multiple camera angles and behind the scenes access never shared with the general public.

Our VIPs become part of our Backstage Community, where we share members only discounts, pop-up shows and more.

Our opening sets are always free to the public so we can spread the joy of live music as much as we can. All opening sets begin streaming at 7:30pm on show days.

Don't Miss the Next VIP Experience.